Swiss researchers have used cinematic rendering to create photorealistic images of head CT and conebeam CT scans. They assess the potential benefits of integrating these images into the evaluation of maxillofacial anatomy and pathology in a study recently published online in Dentomaxillofacial Radiology.Clinicians are increasingly turning to 3D image reconstruction to facilitate diagnosis and treatment planning for a variety of medical conditions. In the case of maxillofacial lesions, use of conventional volume rendering is common and also widely considered beneficial for detection and interpretation, according to study co-authors Drs. Sebastian Winklhofer and Bernd Stadlinger, and colleagues from the University of Zurich.

“Imaging techniques like cinematic rendering can help to increase the ability for an improved 3D understanding and imagination,” the authors wrote. “Introducing such techniques to radiology facilitates the approach to read radiological images.”

The team of radiologists and surgeons examined various types of health complications affecting the face and the mouth of several patients, including the following: 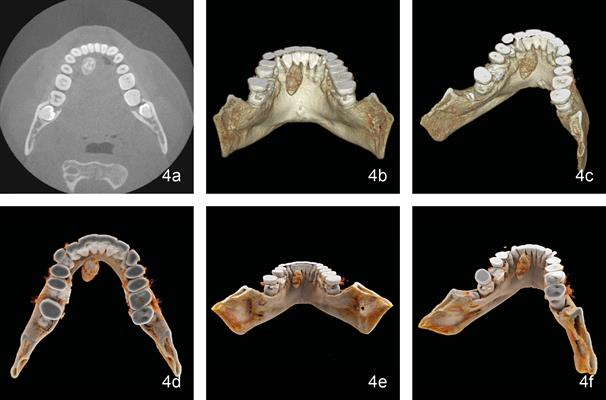 “Cinematic rendering is a helpful tool for a better understanding of complex spatial anatomical structures and enables a facilitated demonstration of pathologies not only to medical doctors but also to nonmedical professionals, in particular, to patients,” the authors wrote.

The highly detailed, photorealistic appearance of cinematic rendering reconstructions makes it ideal for teaching and training students and residents as well, they noted.